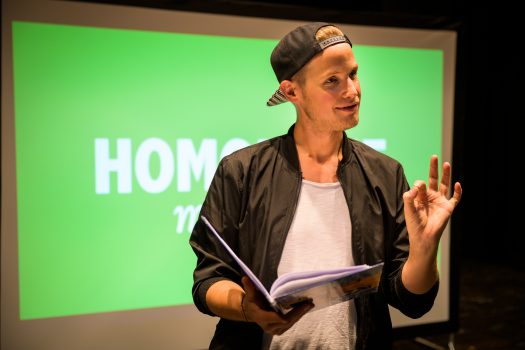 Homosexuality – a taboo subject in school?!

Not with Malte Anders! The comedian brings this difficult topic to the school stage with a lot of humour and sensitivity. Sexual orientation, gender, tolerance and cultural diversity play a big role in the lives of today‘s youth. These topics are directly related to the formation of the identities of young people.

The lack of discussion of this topic leads to continued prejudice and hostility towards gays and lesbians. Common words used as insults in schools, such as „gay“ and „fag“, are linked with bullying.

Statistics show that there are 1-2 gays and lesbians in every classroom.

HOMOLOGY isn‘t just sex education but a way to raise awareness in young adults to the complexity of the subject and to encourage reflection. The program also informs students that in over 65 countries around the world it is a crime just to identify as LGBTIQ. 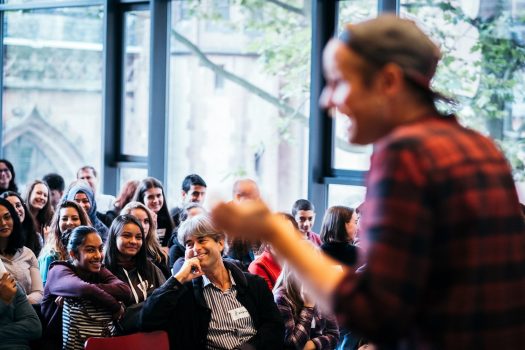 The charismatic substitute teacher Malte Anders, performed by the theatre educator, Timo Becker, creates a new approach to these socially relevant themes in a refreshingly different way – in your school!

The new comedy show will premiere at the 2nd of November 2020 at 18:00 o’clock at the English Theatre Frankfurt.

We proudly present the English version of Malte Anders’ comedy show for students about sexual diversity, gender, love and tolerance. HOMOLOGY is developed with generous support from the „HMSI – the Hessian Ministry for Social Affairs and Integration“ and the U.S. Consulate General Frankfurt

„Decriminalizing homosexuality is a priority for Mission Germany and the entire U.S. government. There are over 65 countries where LGBTI individuals face violence and arrest for simply being who they are. This is unacceptable. No one should have to live in fear of incarceration or physical harm for being LGBTI. This is not a left versus right issue, or a religious versus secular issue. This is a human issue. The United States is committed to protecting and defending the human rights of all people.“ 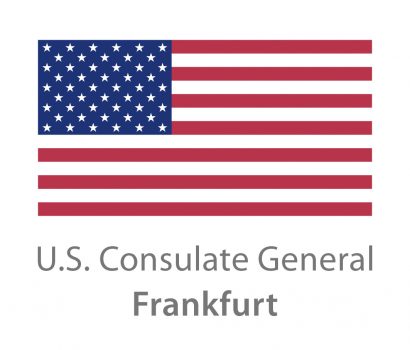 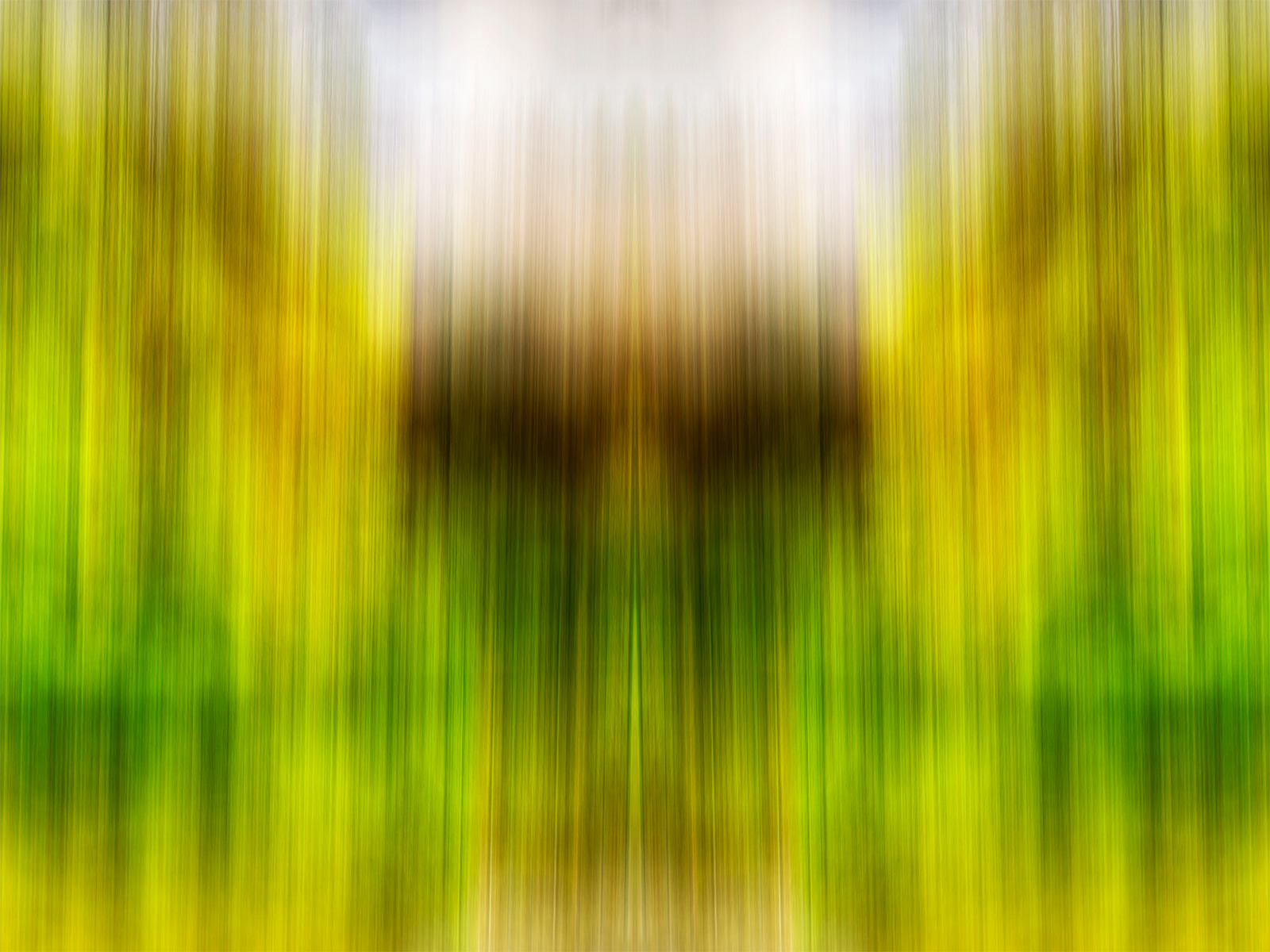